We are a staff ten members strong and we all wear multiple hats, bang the creative drum and are expert multitaskers.  And we all love what we do.  We do it for the kids, the community and our souls.  Take a read below to learn more about us and what makes us tick.  If you see as running around the Parsons Theatre – take a minute and say hello.  We’d love to meet you! 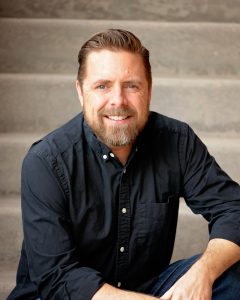 Michael Stricker (he/him) is the Director of the Northglenn Arts & Humanities Foundation, and the Cultural Programs and Senior Center Manager for the City of Northglenn. He has worked in the performing arts for nearly 30 years as an actor, director, producer, and administrator. He attended the University of Northern Colorado where he earned a Bachelor of Arts Degree in Theatre. He was the Co-Founder and Executive Director of the award-winning Denver-based Paragon Theatre and worked in administration at the Denver Center for the Performing Arts and the Arvada Center.

Notable directing credits include the Henry Award winner for best play, Frankie and Johnny in the Claire de Lune at Paragon Theatre; Best of Westword for Ensemble, The Seafarer at Ashton Entertainment; and Best of Westword Best Drama, Beauty Queen of Leenane at The Edge Theatre. He has also worked in Chicago as an actor and studied with Tony Award-winner, Rondi Reed, at Steppenwolf Theatre. Michael is a member of the Front Range Executive Directors of Local Arts Agencies and the Regional Arts and Culture Committee of Adams County.

While his family and the theater are home, you can also find him at a coffee shop, ballpark, used bookstore, Colorado trail, museum or making travel plans. 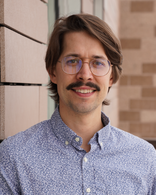 Patrick Berger (he/him) is the Theatre Production Manager for Northglenn Arts and the City of Northglenn. Patrick is an administrator, educator and artist, who has a passion for creating theatre that is community-engaged, community-supported, and actively engaging those who do not currently have access to the performing arts. He lives in Denver, CO with his husband, two girls, and two dogs, and currently works at Northglenn Arts, leading their theatrical programs.

Before joining the team at Northglenn Arts, he was leading the audience development initiatives at the Denver Center for the Performing Arts, working to better engage the multitude of underrepresented communities in Denver with the performing arts thru artistic initiatives, ticket programs, outreach, research and internal assessment of current programming. Before moving to Denver, he worked in New York City at TDF as an Education Program Manager and Editor of SEEN magazine, which was NYC’s only theatre magazine written entirely by individuals aged 16-24. Through that work, he empowered young people across NYC to share their perspectives on live art, working to expand the voices engaged in theatre discussions. He developed the Youth Theatre Initiative, an afterschool program that devised new live performances with high school students, creating a platform to discuss issues important to them. He led the American Repertory Theatre’s Kids Company for four seasons, bringing kids aged 6-16 into relationship with Shakespearean language and performance. And he co-led Open Doors, the only arts education program to ever receive a Tony Honor, a mentorship program for NYC high school students to see shows and discuss with top theatre & dance professionals.

He is a 2020 cohort graduate of the Colorado Business Committee for the Arts – Leadership Arts program. In NYC, he co-founded and sat on the steering committee for YEA: Young Educators in the Arts, an organization dedicated to connecting with those new to arts education. He was a member of the programming committee for the NYC Arts-in-Education Roundtable, which enables arts organizations providing arts education in NYC to meet and share information about the field. He was an administrative consultant and teaching associate for Theatre of the Oppressed NYC, where he worked with LGBTQ+ homeless youth to create performances about their experiences. He received his MFA from Brooklyn College as a graduate of the Performance and Interactive Media Arts program, which focuses on interdisciplinary devising and technology integration in live performance. And he is a company member for Tut’Zanni Theatre Company, a six member physical theatre ensemble that researches, practices and performs interactive masked theatre. 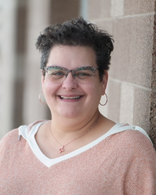 Kimberly Jongejan (she/her) is the Cultural Programs Coordinator for Northglenn Arts. She has been with the City of Northglenn in the Parks, Recreation and Cultural Services department since 1996.  She wears many hats as the programming and scope of the department grow from year to year – from concerts to productions, classes, events, workshops, and countless other projects.  Kimberly has directed over 80 productions in the past two decades and has had thousands of aspiring young actors participate in the art classes.  Her work with the Northglenn Youth Theatre (NYT) and the NYT Academy has garnered both local and national honors.

Kimberly has served on a variety of boards and committees including the Colorado Community Theatre Coalition (current BOD), Colorado Theatre Guild, and Theatre for Youth Coalition.  She also is an adjudicator for the Bobby G Awards (DCPA), Henry Awards (CTG), and the National Youth Arts. Kimberly has a BFA in Theatre Arts and a BA in Communications from Dordt University (Sioux Center, IA).  She is thrilled to be part of the Northglenn Arts team.

When not at the theatre, you can probably find her out shopping, on picnics with her family, serving up a fondue feast, collecting oddities or kicking cancer’s tush. 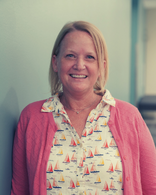 Terra Mueller (she/her) is the Marketing Coordinator where she maintains the website, social media sites and print advertising for Northglenn Arts.

Terra started her career with Tyson Foods International and Retail Marketing after finishing her B.S.B.A in International Business at the University of Arkansas.  After taking some time to raise a family she went on to broaden her experience in event planning, web design and operations in community management. She is an organized and creative spirit and is grateful for the opportunity to promote and help connect others to the beauty and wonder of the arts.

Terra loves hosting friends and family in her home in Broomfield along with planning hiking and skiing time with her family of 5 and their dog, Millie. 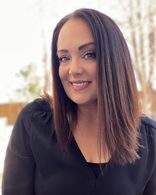 Candice Marchese-Duke (she/her) is the Patron Experience Coordinator for Northglenn Arts. After spending a decade in the pragmatic world of hotel management, Candice followed her passions and changed career paths moving into the colorful world of Arts Administration. In January 2016, she joined the already successful Northglenn Arts team. As a member that wears many hats, Candice partners with the creative artistic teams, ticketing box office staff and theatre volunteers to create an exceptional patron experience.

When Candice is not creating exceptional patron experiences, you can find her creating new baking concoctions, rock hounding around world, painting thrifted furniture or grilling out with her husband, dog and 3 teenage kids in their backyard retreat. 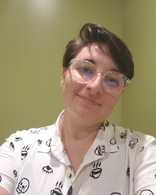 Violet Mitchell (they/them) is a Patron Experience associate and Volunteer Coordinator for the Northglenn Arts Parsons Theatre. Violet earned a B.A. in Cognitive Literary Studies and an M.F.A. in Creative Writing Poetry, both from Regis University in Denver. They have loved the theatre for years, working as a stage manager and backstage in high school – where Violet met their future husband!

Violet has previously worked as a copyeditor, eBook designer, in bookstores, and in libraries. With over 120 published poems in various journals and magazines, Violet continues to write and is working on publishing a collection of poetry called “Dear Universe, Everything in Me You Eat” about space, black holes, and parallel universes. In 2019, they received the Robert A. O’Sullivan, S.J. Memorial Award for Excellence in Writing from Regis University.

When they aren’t working, Violet is most likely reading graphic novels, painting, stocking up on Halloween decorations, or snow carving with their family (the Mitchells have competed internationally representing the United States in Snow Sculpting competitions at the Carnaval de Québec in Canada!) 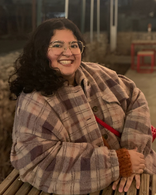 Zahra Murad (she/her) is a Patron Services Specialist at the Parsons Theatre. She has extensive experience in public, corporate and private facing client services.

At the Parsons Theatre she helps run hospitality, box-office, concessions, house managing and much more with her amazing team. Zahra’s a member of the Northglenn Employee Appreciation Committee and has helped plan and execute an employee movie event at the theatre.

She loves knitting, embroidery, crochet, and any other fiber related arts. Most of the time you’ll be able to find her at the Box-Office behind a desk of pigs and memes. 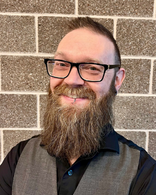 Kyle VanDewart (he/him) is a Patron Services Specialist for the Northglenn Arts Parsons Theatre. Having spent over two decades in the restaurant and service industries,

Kyle has begun what hopefully will be a long-lasting career with Northglenn Arts. In addition to his customer service experience, Kyle brings a wide variety of skills to the team, developed through years of art, woodworking, creative design work, and problem solving. He has been a business owner and entrepreneur for almost twenty years; initially designing and building custom electric guitars, and most recently transitioning into pouring resin dice used for tabletop role-playing games.

In his spare time, Kyle enjoys being a stay-at-home dad to two teenage daughters, running D&D games with his friends, and finding new ways to be artistic. 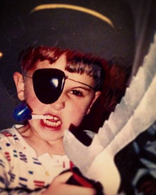 Dan Mori (he/him) is the Theatrical Technical Director at Northglenn Arts and the Parsons Theatre. He is the technical director and resident designer for all the Northglenn Arts theatre programs.

Along with serving the City of Northglenn, Dan also freelances as a director, designer, and production design consultant. He is a professional member of USITT and a proud company member of Flying V Theater. 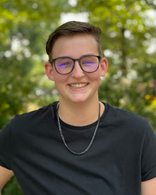 Maddie Morgan (she/her) is the Assistant Technical Director for Parson’s Theatre. She works closely with the Technical Director to ensure all technical aspects of a presentation or performance is enjoyable for the audience. Whether that means audio, visual, construction, she helps with it all.

After joining Northglenn Arts in October, she has helped build Seussical, run multiple dance shows and helped design for Noel Northglenn. She is looking forward to working with Northglenn Youth Theatre again, this time as the Stage Manager for Winnie the Pooh Jr.As a recent college graduate, Maddie is thrilled to have an opportunity like this.

Before joining the Northglenn team, she was a student at Fort Lewis College in Durango, Colorado where she studied technical theater with an emphasis in stage management and psychology. During her senior year, she received a grant to help write an EDI statement for the performing arts department at Fort Lewis. She also was able to start her own theater company in Durango with her peers and worked as the production manager for a successful three show season.

When she is not at work, Maddie loves to cook, explore art in and around Denver, and spend time with her friends, family and cat.